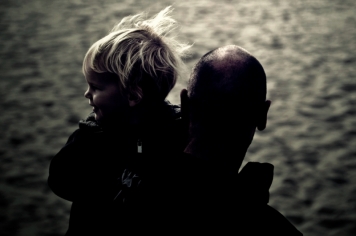 9 Or what man of you, if his son asks him for bread, will give him a stone? 10 Or if he asks for a fish, will give him a serpent? 11 If you then, who are evil, know how to give good gifts to your children, how much more will your Father who is in heaven give good things to those who ask him! 12 So whatever you wish that men would do to you, do so to them; for this is the law and the prophets. (RSV)

It certainly sounds like everyone was certainly very nice back in Jesus’ time.  No child abuse then!   Life isn’t that easy now.  Plenty of parents are abusive.  “Dysfunctional” is the new normal.

So how can you possibly even approach the idea of God the Father if your own father was being abusive?  There are plenty of parents who give their children stones instead of bread and snakes instead of fishes.  We read about them in the paper.  We hear about them on the talk shows.  They are the reason we have a Department of Human Services.

Perhaps this is why so many people who call themselves Christians feel that “God hates…” (fill in the blank).  God doesn’t hate.  God loves.  Perhaps they heard their parents tell them they weren’t worthy, they weren’t valuable, they weren’t loved.  So they took the next logical step and decided if their own parents acted like this, then God did it more so.

It might be helpful to throw away the notion of God as being just like our parents, but more so.  God is love, perfected.  God created us because we are needed.  None of us are accidents.  We are all wanted.

Let us hear the words of Jesus in the book of Luke, chapter 15.

First He tells us about the lost sheep. (verses 1-7)

Now the tax collectors and sinners were all drawing near to hear him. 2 And the Pharisees and the scribes murmured, saying, “This man receives sinners and eats with them.” 3 So he told them this parable: 4 “What man of you, having a hundred sheep, if he has lost one of them, does not leave the ninety-nine in the wilderness, and go after the one which is lost, until he finds it? 5 And when he has found it, he lays it on his shoulders, rejoicing. 6 And when he comes home, he calls together his friends and his neighbors, saying to them, ‘Rejoice with me, for I have found my sheep which was lost.’7 Just so, I tell you, there will be more joy in heaven over one sinner who repents than over ninety-nine righteous persons who need no repentance. (RSV)

8 “Or what woman, having ten silver coins, if she loses one coin, does not light a lamp and sweep the house and seek diligently until she finds it? 9 And when she has found it, she calls together her friends and neighbors, saying, ‘Rejoice with me, for I have found the coin which I had lost.’ 10 Just so, I tell you, there is joy before the angels of God over one sinner who repents.”

Jesus tells us three stories, but they are all the same story.  They are the story of God’s relentless, unfailing love for us.